Questions to His Holiness The Dalai Lama 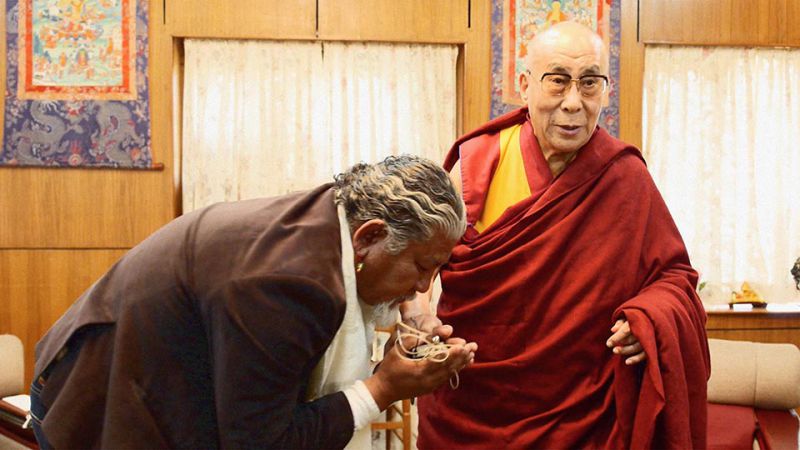 Franz Treichler, musician of The Young Gods is supporting Loten on his journey 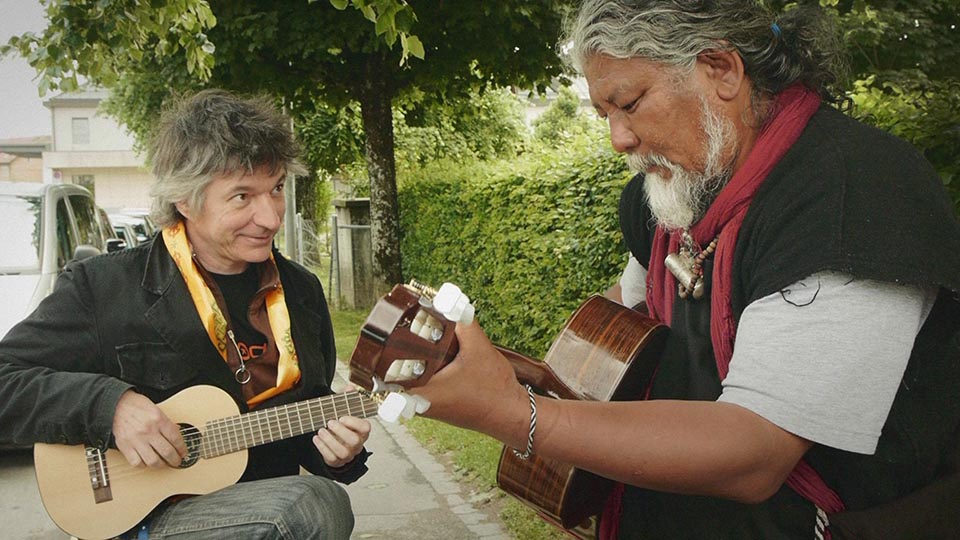 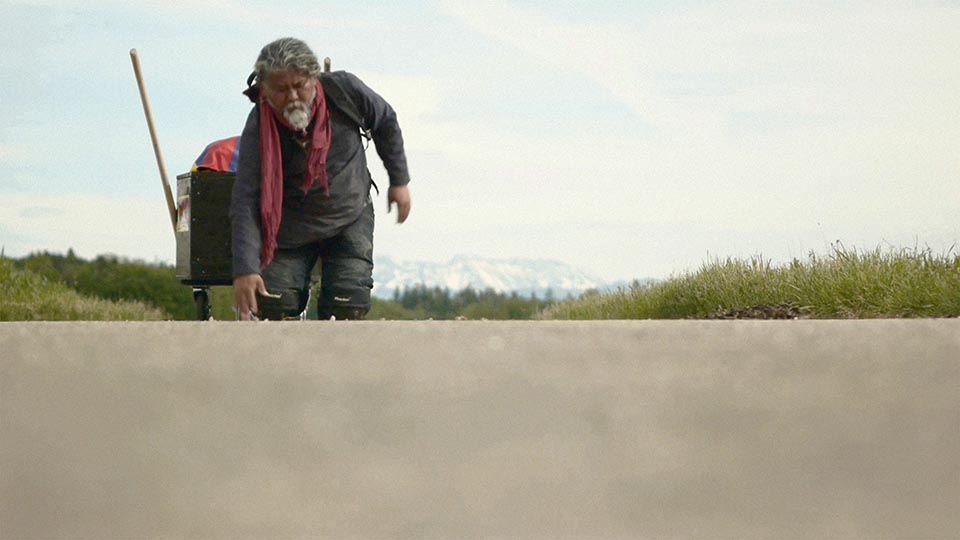 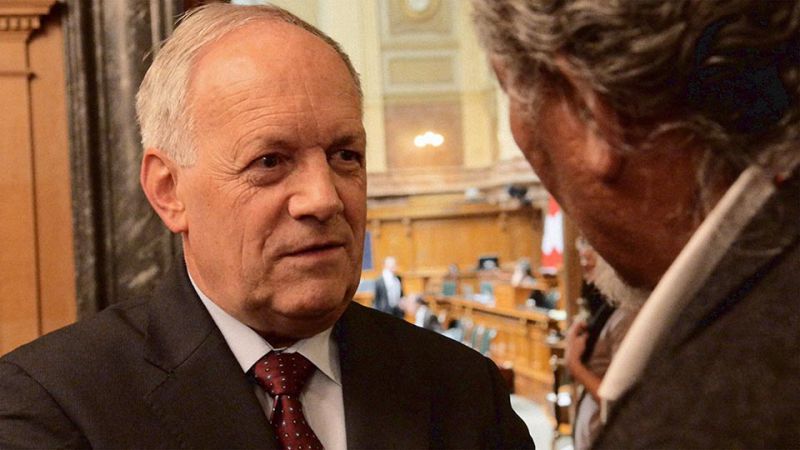 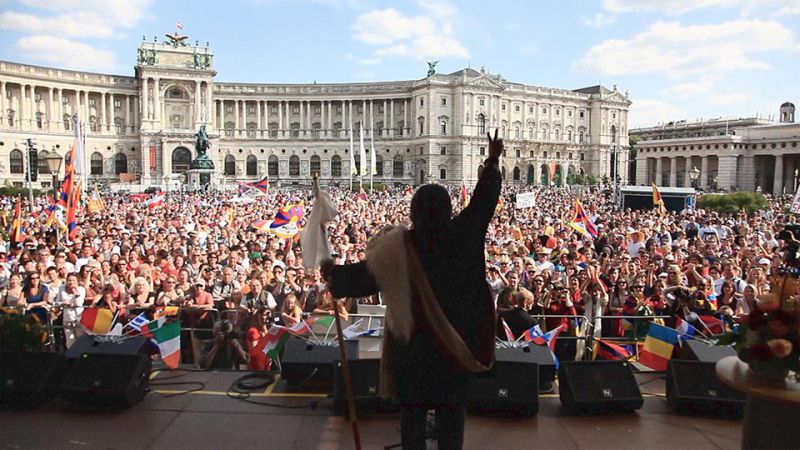 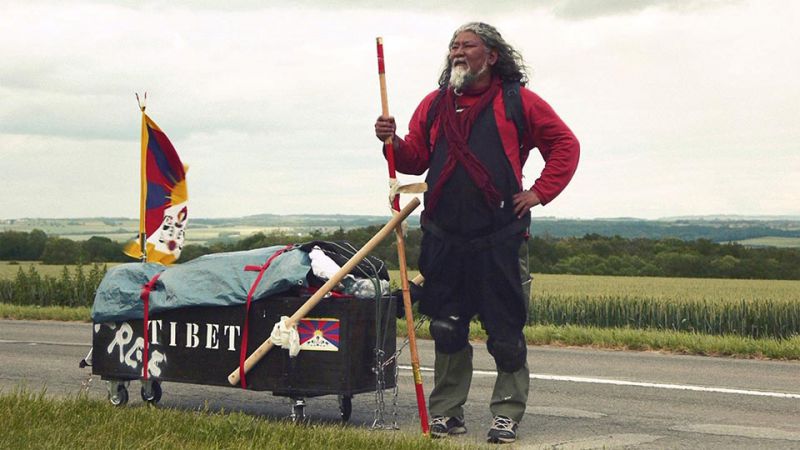 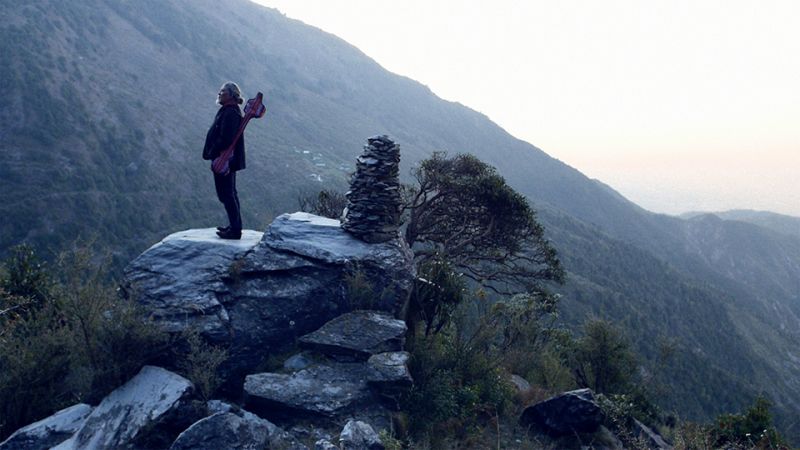 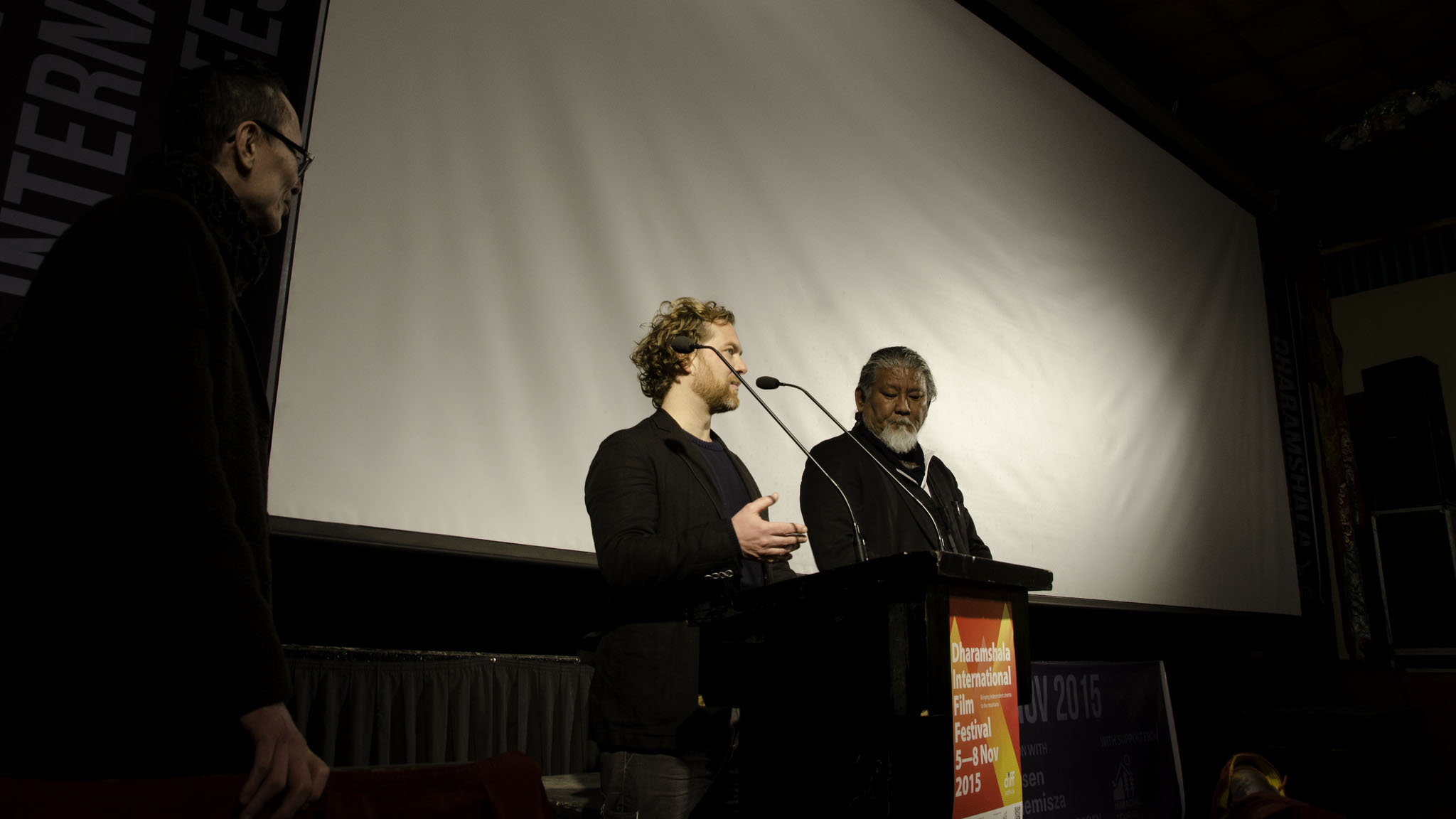 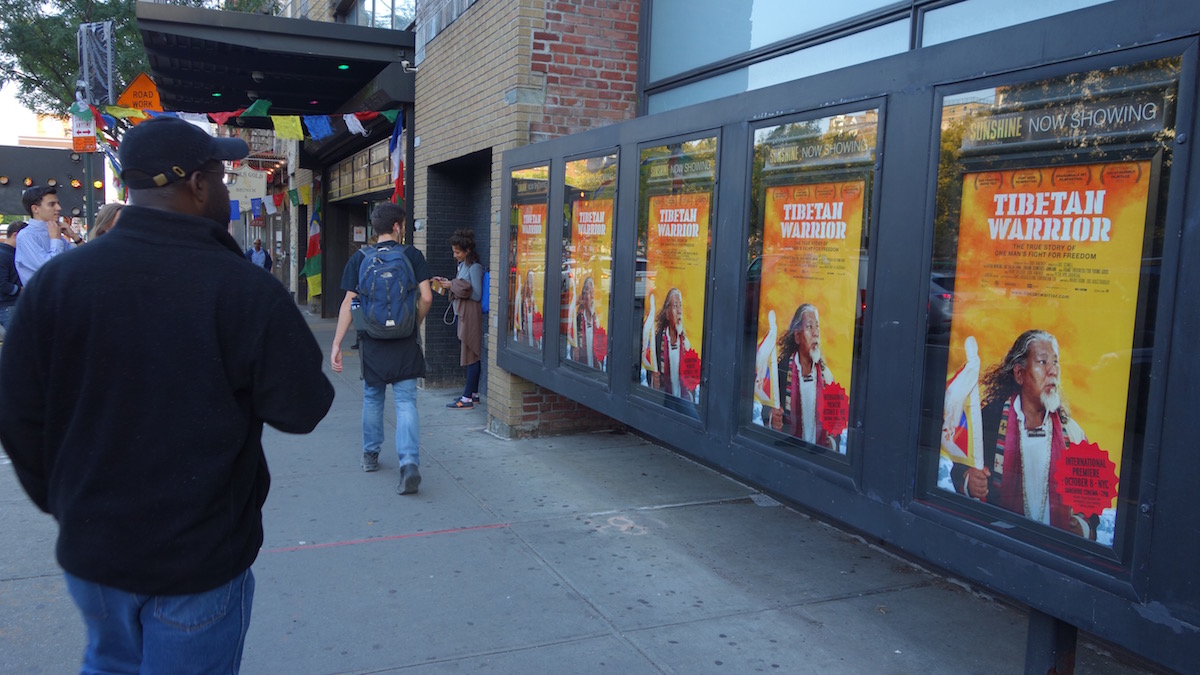 Under international law, the independence of Tibet is disputed. A Tibetan government in exile was set up in India in 1959, and a parliament in exile in 1960. The government in exile is recognized by no country in the world – but enjoys wide international financial and other support. The 14th Dalai Lama withdrew from all his political functions in 2011, while remaining Tibet's Buddhist spiritual leader. Since then the Tibetan political leader and Prime Minister in exile has been Lobsang Sangay, a legal scholar.

Vis-à-vis China, Tibet's government in exile and the Dalai Lama have proposed what they term a political Middle Way Approach. They do not seek political independence for Tibet but genuine autonomy and an assurance of religious and cultural freedom (currently not guaranteed by China). The government in exile also proposes an extension of the Tibet Autonomous Region of China to include regions towards the east of the historic homelands in the direction of the Chinese lowlands.

From Beijing's perspective, the Chinese Peoples Army marched into Tibet in 1950 to liberate the Tibetan people from the feudal and repressive rule of the Lamas. China cited centuries of serfdom suffered by Tibetan society under the yoke of its dominant monasteries. The Tibetan people "welcomed" the liberation. The subsequent modernisation of the "Tibet Autonomous Region" has since been due entirely to the efforts of China.

Concerning Tibet, China sees the Dalai Lama and "his clique" as the main enemy. The series of self-immolations over recent years have been incited by the "Dalai clique" – yet are incompatible with Buddhist teachings.

In the west, political analysts see China's policy and position as influenced by super-power interests. The Tibetan high plateau is the most important watershed in Asia. It is rich in the most precious raw materials such as chrome, copper, magnesite, boron, lead, oil, gold, iron, lithium, potassium chloride, aluminium and zinc. Exploitation of these resources is a focal point of the Chinese government's current Five-Year Plan.

The first reported self-immolation occurred on 27 February 2009 in the town of Aba, Sichuan province, southwest China. A 27-year-old Tibetan monk, Tapey (also known as Lobsang Tashi), was shot dead by police after setting himself on fire.
Link: http://news.bbc.co.uk/2/hi/7916544.stm

The latest major unrest in Tibet took place in spring 2008, shortly before the beginning of the Bejing Summer Olympic Games. Since then, the yearning for freedom and independence has become widespread among Tibetans.

According to Tsering Woeser – together with Wang Lixiong one of China’s best-known thinkers on government policy toward ethnic minorities – the current self-immolations are continuations of the 2008 pan-Tibet protests. However, the reasons for the self-immolations are varied, she adds.

Wang Lixiong has documented  the dying words of the 97 people who self immolated up until the end of 2012. He classified the reasons as follows:

In their final words 14 self-immolators described their immolations as targeted actions, Wang Lixiong writes. They expected "that their sacrifices would help achieve their goal" rather than merely express protests or desperation. And Wang Lixiong concludes: "Self-immolation is the most extreme act of struggle an individual can resort to."

The first self-immolation in Tibetan society in the modern era took place in exile in Delhi, India, on April 27, 1998, when Thubten Ngodrup set himself on fire – and later died – as a Tibetan Youth Congress hunger strike was broken up by Indian police.

THE HISTORY OF TIBET

Tibet emerged in the 7th century as a unified empire. But it soon divided into a variety of territories. The bulk of western and central Tibet was often at least nominally unified under a series of Tibetan governments located in Lhasa. These governments were at various times first under Mongol, then under Manchu overlordship. 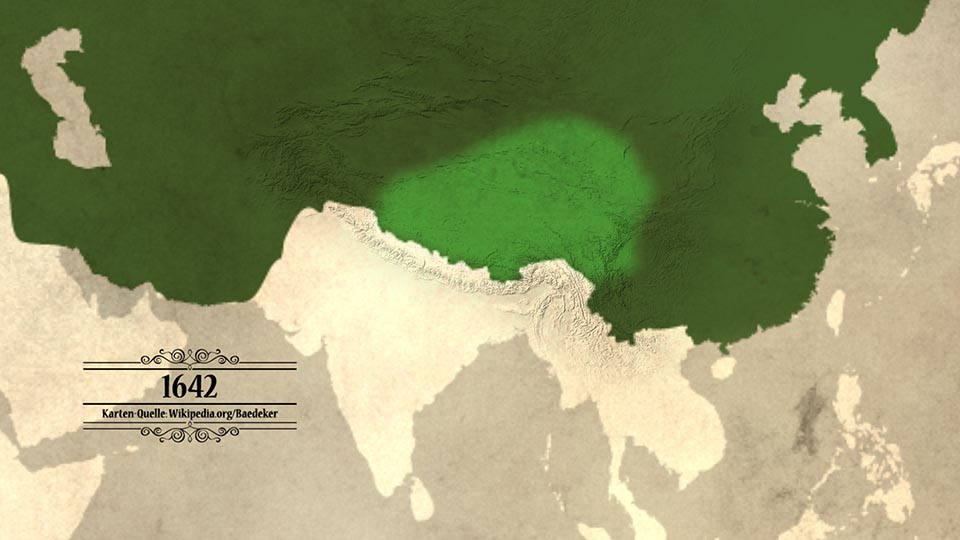 In 1644 the Manchu established in Beijing the Qing dynasty. The eastern regions of Kham and Amdo often maintained a more decentralized indigenous political structure. They were divided among a number of small principalities and tribal groups, yet often fell more directly under Beijing’s rule. Most of this area was eventually incorporated into the Chinese provinces of Sichuan and Qinghai. The current borders of Tibet were generally established in the 18th century. 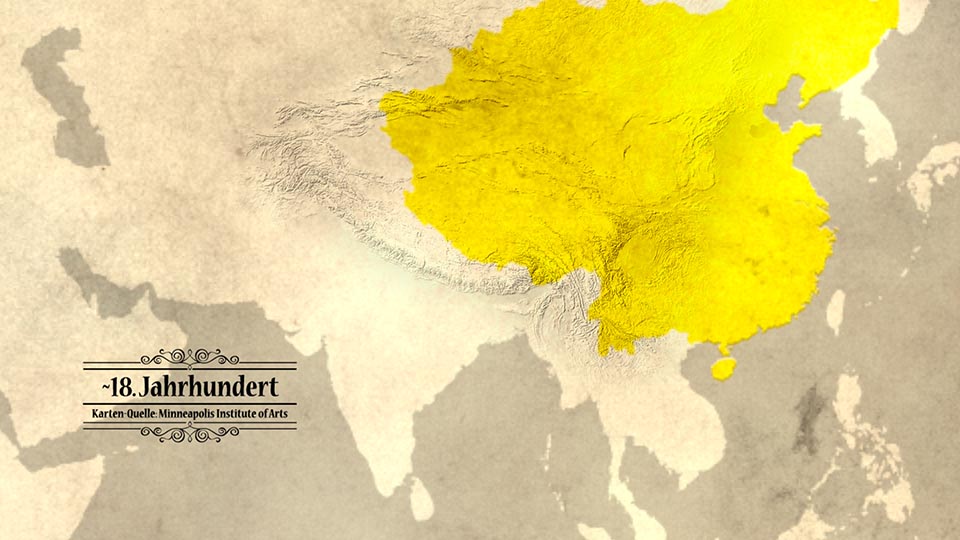 Under the Qing dynasty, China did not interfere directly in local affairs. Between 1727 and 1911, the imperial presence in Lhasa consisted solely of a Residential Commissioner and a few logistical and military personnel. The local ruler was the Dalai Lama as the spiritual and political leader. The Tibetan peasants submitted solely to Tibetan masters – they recognized only the Dalai.

Following the collapse of the Qing dynasty in 1912, Qing soldiers were disarmed and escorted out of the Tibet Area. The region subsequently declared its independence in 1913, without recognition by the following Chinese Republican government. Later Lhasa took control of the western part of Xikang Province, China. The region maintained its autonomy until 1951 when, after the Invasion of Tibet, it became unified into the People's Republic of China. The previous Tibetan government was abolished in 1959 after a failed uprising.The 14th Dalai Lama fled to India. Shortly after he established the "Tibetan Government in Exile", known as the Central Tibetan Administration CTA. The position of the CTA is that Tibet is a distinct nation with a long history of independence. 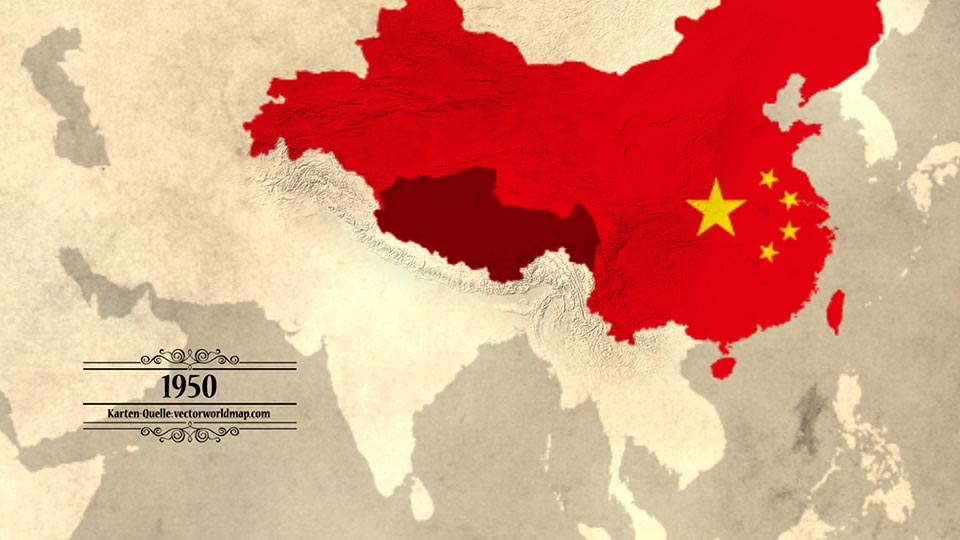 Today, the People's Republic of China governs western and central Tibet as the Tibet Autonomous Region; the eastern areas are now mostly ethnic autonomous prefectures within Sichuan, Qinghai and other neighbouring provinces.